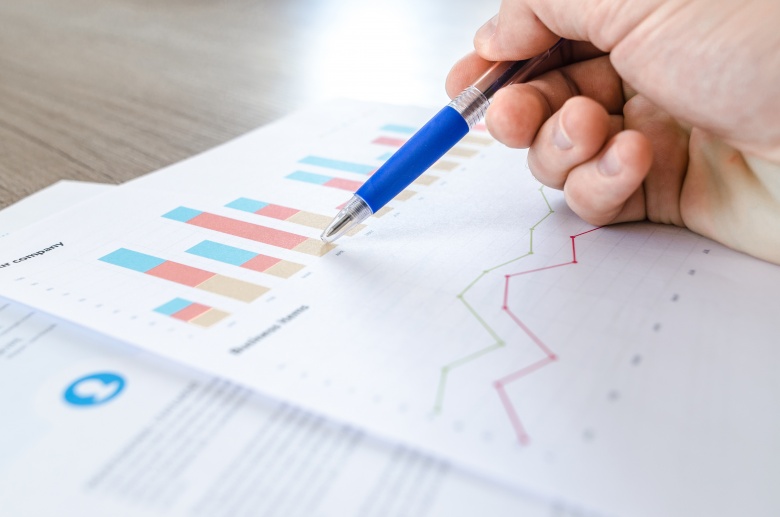 On June 1, the U.S. Bureau of Labor Statistics announced the latest unemployment stats. Last month, the rate reached an 18-year low and that trend is continuing.  The unemployment rate is currently at the lowest rate in nearly half a century – that’s truly remarkable!

The unemployment rate dipped to 3.8 percent in the U.S. in May.  Good news if you hold a bachelor’s degree or higher, the unemployment rate is even lower at 2.1 percent.   In addition, total employment increased by 223,000 and the number of unemployed people fell to 6.1 million.

In our home state of Indiana, the unemployment rate is also extremely low.  The state unemployment rate has been below the national rate for the past four years, with one small exception.  For one month in 2014, the rates were equal. Not bad, right?  The total labor force in Indiana is 3.3 million workers.

According to the American Staffing Association, staffing job growth has risen an average of 3.6 percent per month, which is significantly higher than the average of 2.2% for all of 2017.

With unemployment at this historic low, finding qualified candidates is more difficult than ever.  But not to worry, That’s Good HR is up for the challenge. What sets us apart from others is our daily process of sourcing quality employees and meeting with our candidates face-to-face.  When we schedule candidates out for client consideration, we know that they are vetted and well-suited to each unique client’s needs.

Whether you are looking to make a change from your current gig or have open positions we’re ready to help today and every day.  Recruiting times are tough, but we’re tougher! 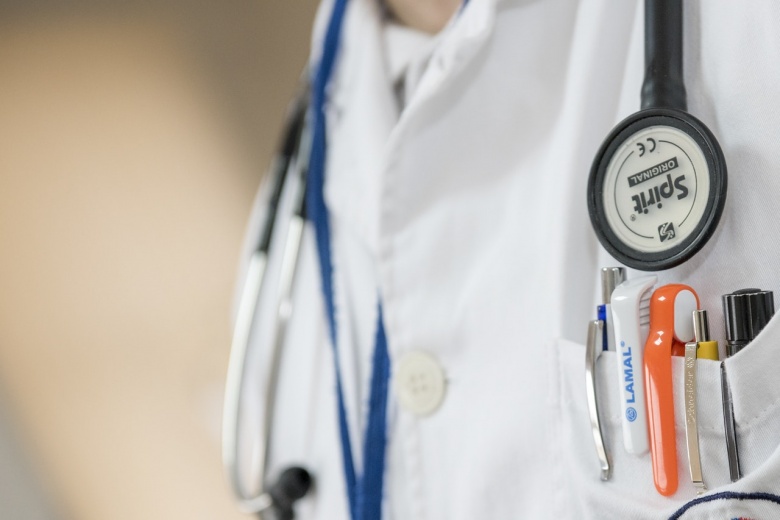 With unemployment rates still at an all-time low, retaining temporary workers continues to be top of mind for employers and staffing agencies like That’s Good HR.

The current debate regarding the Affordable Care Act (ACA) does not help as benefits are a top reason talent is retained. That’s Good HR offers the required ACA health care plans to all full-time temporary workers, but there is low participation in these plans.

We are committed to our candidates and want to attract the highest caliber employees for our clients. One of the ways we do this is to offer other health insurance options, including a fixed indemnity insurance plan. Indemnity plans offer the freedom for employees to choose their own health care professionals and visit almost any hospital they choose. Employers have been using traditional indemnity plans since the World War II era. Interestingly, before World War II only 10% of employees had health coverage from any source, but by 1955 (10 years after the War) nearly 70% of workers had health insurance, according to The Essentials of Managed Health Care.

We believed that this type of insurance plan could be a better fit and more useful to a temporary employee. This month a study was released that confirmed that this was the right decision. Essential Staff Care, known as ESC, tabulated data from more than half a million temporary staffing employees across the country. The study revealed that temporary employees enrolled in an ESC Indemnity Plan stayed on their assignment 47% longer than employees not enrolled in an indemnity plan. That is good news for That’s Good HR, since this type of plan is the most popular option for our candidates. Another benefit to them? The plan rates – which are paid weekly – have remained unchanged since 2010.

Offering insurance options to our candidates helps attract better and more qualified candidates to fill open positions. The ACA requires us to offer specific plans to maintain compliance, but we also chose to offer the indemnity plan that temporary workers can afford and use. Temporary employees with this health insurance are more likely to recommend their employer to other job seekers and have fewer health related absences, according to the study.

According to the study, more than half of Americans hold less than $1,000 in savings, meaning that one illness or injury could result in significant hardship. Medical benefits rank as the number one job perk that employees are looking for and 69 percent of candidates nationally say they would consider one job over another if the benefits were better. Having the option to enroll in the indemnity insurance helps alleviate financial stress and gives temporary employees an affordable option in addition to the ACA compliant plans that we offer.

Providing this insurance and explaining the options to employees is just one of the many services That’s Good HR provides our clients – saving them time and money. The American Staffing Association states 60% of employers feel overwhelmed with the increased complexity of managing benefits packages and 7 out of 10 employers believe they cannot keep up with the changes. The good news? That’s Good HR isn’t one of them. Give us a call, we’ll take it from here. In your newfound free time, read the full study by ESC. 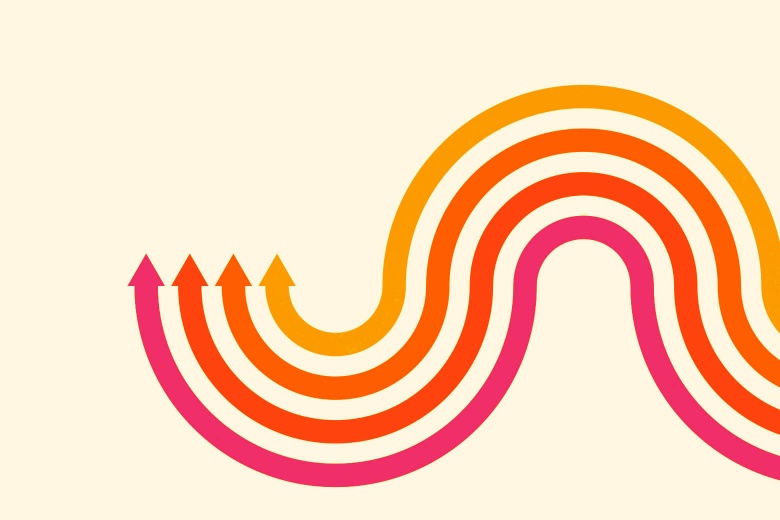 Today’s job market causes debate these days. Nerves are still rattled after the recession, and employment rates haven’t quite hit pre-recession levels. But the latest reports from the Labor Bureau are promising, which means employer challenges in retaining top talent. Let’s chat for a minute about the changing job market and steps you can take.

According to the 2017 Associated Press job statistics report:

The increase in job growth is great news for those seeking employment. But employers might be nervous—what’s going on with that quit rate?

Turns out, the increase in jobs and the rise in quitting have economists optimistic about the health of the market. People usually quit a job when they already have another one lined up or are expecting to get hired again within the next three months.

What does this mean for you? As employees seek greener pastures for more money, businesses and recruiters may be tasked with offering bonuses, higher wages, and other perks to hold onto talented workers. Recruitment strategies will become vital to staying competitive in a market flooded with opportunities. But never fear, we’ve put together a handy, free tool designed to help you combat the quit rate statistics: 8 Tips for Retaining Top Talent.

But there’s more to the story. According to Forbes, the March 2017 job report was much lower than forecasted—adding just 98,000 jobs, about half as many as were expected. As a result, some economists are foreseeing a stalled market. But let’s take a minute to see the forest through the trees.

At That’s Good HR, we know the job market is critical to employers, but sometimes it’s hard to wade through the data and stay on top of things. That’s why we’re all about helping you stay informed about current employment topics and more importantly, discussing how these current affairs affect you and your business. Let’s stay ahead of the curve together.

Looking for a new job? Changing career paths? Landing a new job or switching careers can be a little scary, especially when we talk job security. Nothing can be more worrisome than wondering if your position or industry will still be around in the future. One way to play it smart is to check out labor data at the Bureau of Labor Statistics—a nifty website dedicated to all things employment. You can even assess a job’s potential security in the BLS’s Employment Projections area, which tell if jobs are likely to grow, shrink, or stay the same in the years ahead. We combed through it for you and made a list of growing industries and jobs for 2017.

Due to the increasing population of older Americans, the healthcare industry tops our list of in-demand jobs. Careers range from highly specialized and technical to those requiring high school diplomas with short on-the-job training.

It’s no surprise technology careers are in high demand. Our world is exploding with digital advances, changing the landscape of businesses everywhere that need an educated workforce to meet the industry’s ever-changing demands.

This category hits a sweet spot with us at That’s Good HR—it’s our specialty! And it can be your specialty, too, as careers in HR continue to grow. The latest trend blends computer and information systems needs within HR settings.

Now is a great time to open doors into the world of accounting. Businesses rely on detail-oriented personnel to keep track of finances, billing, accounts receivable, and analytics, just to name a few.

2017 is looking like a great year for job seekers! Are you on the lookout for the perfect position? You’ve come to the right place. We specialize in matching the right people to the right job. You can search our open jobs right now or contact us to begin the journey of finding the career you’ve been hoping for.