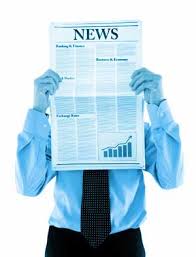 I hope everyone enjoyed the Labor Day weekend as we paused to recognize the importance of those who work and worked so hard to make this country what it is today. I came back to so much going on in the news that is was difficult to keep the length of this update reasonable.

There are several employment trend updates that have good information for HR professionals. Wish the news was brighter, but it looks like hiring is still expected to be slow for Q3 2011. Don’t let that stifle your innovation, however, because Thomas Friedman tells you in his new book that this could be fatal to your business. The number of independent workers in the US is on the rise as employee confidence declines and people strive to take control of their career options. There is some great information about who HR professionals should be working closely with in your organization and why these relationships are so important. If you are outsourcing your payroll function in any way, be sure to read the article about some red flags to look out for.

New Book by Thomas Friedman Says "Innovate Or Else": The blockbuster author and New York Times columnist talks with Fast Company about his new book, "That Used To Be Us," which contends that prioritizing innovation can turn around America’s free-fall from superpower status. (Fastcompany)

More Layoffs, Slow Hiring Expected at Close of Third-Quarter 2011: Job growth for September 2011 will fall behind the rate recorded for September 2010 in the manufacturing and service sectors, according to the results of the latest Leading Indicators of National Employment (LINE) survey released Sept. 1, 2011, by the Society for Human Resource Management. (SHRM.org)

IRS warns employers about payroll outsourcing fraud: In a tax tips email, the IRS referred to recent prosecutions of individuals and companies that pretended to be payroll service providers and instead stole funds intended for payment of employment taxes. (Benefit News)

16 Million Independent Workers in the US: There are some 16 million independent workers in the U.S. today and 28 million Americans are considering becoming independent within the next two years, according to a report released today by MBO Partners Inc. (Staffing Industry)

The Importance of Working closely with Legal: An attorney offers eight rules for HR leaders for working with outside counsel. In short, the HR/counsel relationship can and should be effective, rewarding and mutually beneficial. (HREonline)

Are you Leaving Job Candidates with a Negative Impression? Over the past few years there seems to be a change in the candidate experience, and it isn’t a positive one. (ERE.net)

On Vacation? Tips for Transitioning Back to Work: Here’s what I’ve done in the past: Stay up late the night I return, trying to go through everything, answer all my emails, and create a long to-do list of everything that accumulated while I was away. But that’s a mistake. (hbr.org)

Why Government Incentives Won’t Spur Much Hiring: Small business owner Bill Thompson says he doesn’t need a government plan to get him to hire more workers—what he needs is for the economy to get back on track. (cnbc.com)

HR and the CEO Should Be Joined at the Hip. Here’s Why: Today, with declining loyalty and greater job hopping, it is critical that CEOs partner with HR. Four good reasons. (weknownext)