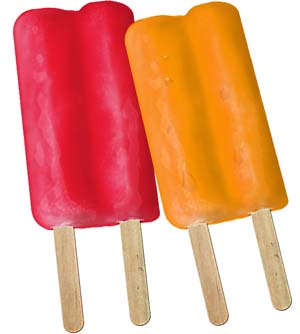 Firing employee for eating hot dogs unjustified: (Reuters) Thu Jul 14, 2011 – You might think this sounds ridiculous, but in the case of Nolan Koewler of Evansville, Indiana you should heed this example of why you need to be clear with all of your employees, even when it comes to processed meat.

Is it Hot in Here? Around the table in meeting hell: Those whom the Lord wishes to punish for their waywardness he sends to meetings. Here is who you might find when you get there. (Baltimore Sun)

HR Focuses on Retirement-Plan Governance: The number of lawsuits, combined with regulatory complexity, the growing cost of benefits and the volatility of investments, has motivated some U.S. companies to beef up the governance of their retirement plans, say experts. (HREonline)

Indy makes the list!! 5 Places With Good Jobs And Cheap Housing: This Hoosier city scored high on every list. The city boasts 10 sports teams, an a amazing city park system, including Canal Walk, and one of the nation’s top museums, Indianapolis Children’s Museum.

Butler University, Ice Miller LLP, and Inside INdiana Business Announce CEO Survey Results: What does it take to start, grow and sustain a business in Indiana? How important is foreign competition? What’s the state’s role in economic development and what initiatives offer the greatest growth opportunities? (INCEOsurvey.com)

Trade groups press NLRB to slow down union election rules: Business and labor advocates swamped the National Labor Relations Board (NLRB) on Tuesday to battle over a plan that likely will speed up union elections. (thehill.com)

Money Quote of the Day to Impress Your CFO from the HRCapitalist...: Don’t act like you don’t need it, HR.  You want me on this wall, you NEED me on this wall. (HRcapitalist)

Employee wasn’t covered under FMLA because of lies, court rules :  A Sears employee who was fired when he lied and said he needed time off for cancer treatment — when it was really because of his bipolar disorder — did not have his rights violated under the Family Medical Leave Act, a federal court has ruled. Since he misrepresented his illness, he was not covered, the court ruled. (HR morning)

Health Care Reform: The Debate Continues : Some executives thought health care reform would lower costs over the next two years, but most were uncertain or felt the ACA would increase costs. This impression is not surprising given the confusion surrounding the status of the ACA and what the future will bring. (inceosurvey)