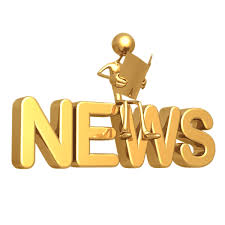 When you look up the word "Scandal" on Google today, one of the top results you get is this:  "Maria Shriver Has Bright Future After Schwarzenegger Scandal". I have made the executive decision NOT to pass along any news articles this week that mention any of the IMF or California love child scandals. I will also spare you the repetition of the excitement of the LinkedIn IPO as I am sure you have had your fill.  Believe it or not, that still leaves plenty of useful updates to pass along, including  the good news is that the job market stories continue to be fairly optimistic. Enjoy and if you want to learn more about the topics I chose to skip, just search on "scandal" and Google will not disappoint.
_____________________________________________________________________

The secret life of a resume: (money.cnn.com) Just where does your resume go after you hit the submit button on a job application? Turns out, it’s not into a big black hole.

What Makes High Performers Stay?(CFO.com) If talented finance staffers don’t have strong managers, good pay is not likely to help  you retain them.

Interns Get a Head Start in Competition for Jobs: (wsj.com) Nearly 40% of this year’s entry-level positions will be filled by former interns, according to a survey by the National Association of Colleges and Employers. It is a marked increase from five years ago, when only 30% of entry-level hires came from former interns. "Companies are essentially trying to take graduates out of the job market before there’s competition for them," said Edwin Koc, research director for NACE.

59% of people laid off last year have found new jobs: (Careerbuilder) With a job market that mimics that ups and downs of a roller coaster, job seekers always appreciate good news, especially after it was reported today that three out of five workers who were laid off last year found a new job, according to a study by job board CareerBuilder.

SOX Doesn’t Cover Employees’ Media Leaks: 9th Circ. The whistleblower provisions of the Sarbanes-Oxley Act do not protect employees who leak information to the news media, the Ninth Circuit ruled Tuesday, becoming the first appeals court to decide the issue and affirming a victory for Boeing Co.