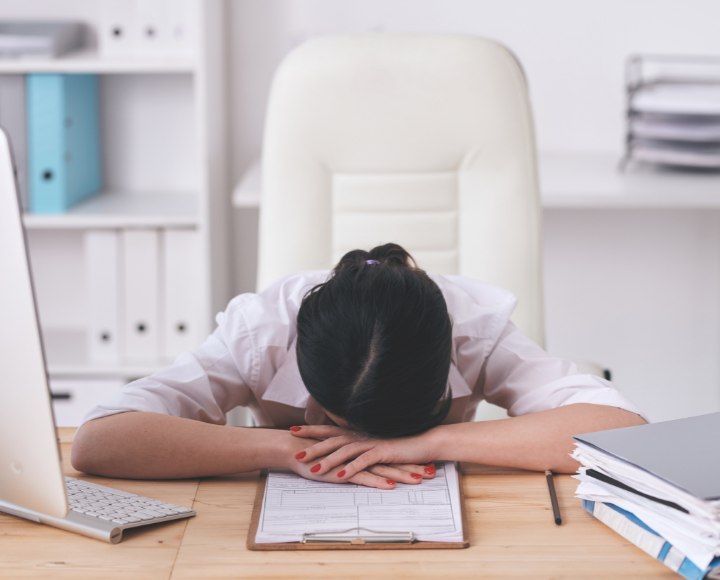 In light of the COVID-19 pandemic, everyone is feeling the burnout. But women are feeling it more than others. For many families, it was the mothers who left their jobs or went part-time in order to care for their young children whose daycares closed, or facilitate at-home learning for their school-aged children, resulting in fewer women in the workforce. As we start to return to some semblance of normalcy, the question is when—or if—they will return.

According to a recent article from the Indianapolis Business Journal, “roughly 3.5 million mothers with school-age children either lost jobs, took leaves of absence or left the labor market altogether.” Looking for a career that can fit into a new sense of life-work balance (and yes, we said life-work instead of work-life…) has proven to be difficult for many women who thought this might just be a temporary break from the corporate world. For many women, their goals have shifted in light of the burnout they’ve faced in the last year-plus.

Fewer women in the workforce—how permanent will it be?

From the IBJ: “The pandemic has both laid bare the disproportionate burdens many women shoulder in caring for children or aging parents and highlighted the vital roles they have long played in America’s labor force. The United States bled tens of millions of jobs when states began closing huge swaths of the economy after COVID-19 erupted. But as the economy has swiftly rebounded and employers have posted record-high job openings, many women have delayed a return to the workplace, willingly or otherwise.

Even with children back in school, the influx of women into the job market that most analysts had expected has yet to materialize. The number of women either working or looking for work actually fell in September from August. For men, the number rose.

For parents of young children, the male-female disparities are stark. Among mothers of children 13 or younger, the proportion who were employed in September was nearly 4% below pre-pandemic levels, according to Nick Bunker, director of economic research at the Indeed job listings website. For fathers with young children, the decline was just 1%.

‘A lot of women have left the labor force—the question is, how permanent will it be?’ said Janet Currie, a professor of economics and public affairs at Princeton University and co-director of the Program on Families and Children at the National Bureau of Economic Research. ‘And if they’re going to come back, when will we see them come back? I don’t know the answers to any of that.’”