I am a regular follower of the blog of social media expert Kyle Lacy.   Last week he had a very intriguing post titled "The Problem with Fear".   I can totally relate to what Kyle is describing in his post and how most of the time the reason why we will hesitate on doing something is because of fear.  Fear of rejection.  Fear of failure.  Fear of not knowing the end result.  Fear of….anything, really, that is different from what we are "comfortable" with.  We let this fear consume our thoughts and actions and before we know it we’ve given up on something before we ever even give it a real chance.  After reading this post I reflected on a situation where if I would have let fear win again, I would’ve missed out on a great opportunity. 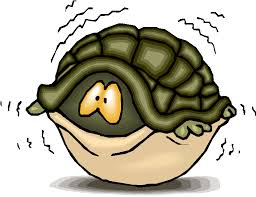 Back in March I received an email from Dan McGowan, producer of the WIBC Morning News Show, asking if someone from our company would be willing to come on the air and discuss hiring trends for listeners that may be in the Indianapolis job search.  I was seconds away from letting fear take over and sending a response back that essentially would say "Thanks, but no thanks."  I never thought that I would get on the air in front of thousands of listeners and talk about tactics related to landing Central Indiana jobs.  However, after much deliberation and self-coaching, I decided that this would be an amazing challenge for me professionally and also a great way to be able to reach out to those passive job seekers to provide them with the same type of advice that I tell my candidates every day.

It is very important to not let fear interfere in your quest for Indianapolis job openings.  It’s very easy to be fearful of networking, going on an informational interview, following up with a recruiter to get feedback on an interview, interviewing with the big wig of a company, etc.  But if you take a little bit of a risk and put the fear aside, you could be very happy with the results. What’s that saying??  Big risks, big rewards?  So anytime you are faced with the racing heart, clinched gut, and sweaty palms associated with fear, take a step back and think about what you have to gain by putting the fear aside and giving whatever it is a shot.  Kyle stated in his post,

"Fear is an extremely powerful thing. It can paralyze you in business and in life… destroying the dreams that you were building over the years of work and preparation.

The problem with fear is that… sometimes… it keeps ordinary people from doing extraordinary things. And let’s be honest… do you really want to admit you didn’t do something because of fear?"

So just get out there and do it…what are you afraid of?