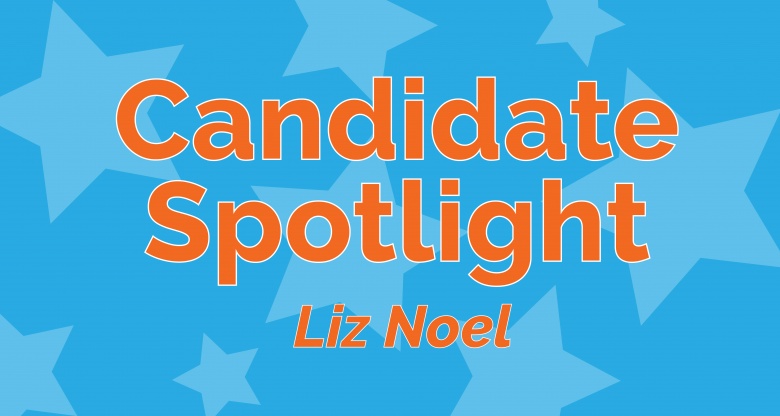 When the company Liz Noel worked for ceased operations back in 2013, she was immediately thrust into the job market seeking new employment.  Her previous experience included a multitude of administrative and office management skills and her positions had all been in the marketing arena including a production house and advertising agency. Thinking a staffing agency may be beneficial to her search, Liz checked out online reviews of multiple agencies. She liked what others had to say about That’s Good HR and decided to throw her hat into the ring by sending her resume to the office.

Her resume was received and reviewed by Lindsey Curtis, who Liz now refers to as her “go-to-gal”. Liz’s first assignment was in a new industry for her – an engineering firm.  Liz describes herself as a “lifelong learner” so she was excited and energized about the new industry.

After completing her temporary assignment downtown covering part of a maternity leave, Liz had the opportunity to move to the north side and take on a long-term assignment.  As she is a naturally curious person who enjoys talking with others, she decided to take the time and get to know several people in various departments at her new company, realizing everyone had something different to teach her. In addition, even though she was a temporary employee she was given the opportunity to participate in many company-provided training sessions, and she took advantage of these classes to increase her knowledge and advance her career skills.

Temporary assignments were appealing to Liz as it gave her a chance to learn so much every day, meet new people and be introduced to so many interesting industries.  She now works at a local startup company, where she began as a temporary employee.  At the beginning of the assignment, not only was she a temporary employee, but the person she reported to daily happened to also be a temporary employee.  As the company grew, she has had the rare opportunity to work on multiple sides of the business, ranging from finance to marketing to technical support, before landing her current permanent role.

Liz loves meeting new people and clearly does not mind a challenge.  Working with That’s Good HR has surpassed her expectations and she’s thrilled that she had Lindsey to shepherd her through every step of her journey.  Liz thinks working on contract is a two-way street and the perfect way to ensure that you are good fit at the company, and that the company is a good fit for you too.

Her advice for new temporary employees is to keep an open mind, as you never know where a temporary assignment might lead. Liz is living proof of that!

From Candidate to Client