Someone told me a story once that I now frequently share with leaders when discussing the importance of feedback – even in it’s most simple form.

This story emphasizes the fact that in the absence of feedback, it is human nature to make your own deductions about how you are performing, be it at work, in school, at home or anywhere.  This story was about a professor who never gave grades or feedback in his class until the end of the term when he would give you a grade based on your overall performance that semester.  The students were basically starving for updates or input of any kind to have a s 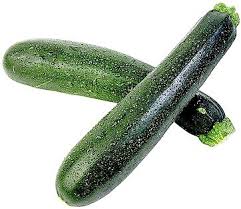 ense of what path they were on – good, bad or indifferent.  This professor had a hobby on the side where he tended his own vegetable garden.  He was very proud of his garden and it produced an ample supply of vegetation.  One season he ended up with an abundance of zucchini, which he decided to bring into the classroom and distribute to his students as a gift.  As the students came into the classroom and saw the zucchini on each of their desks, they immediately compared the size of their squash with that of the student next to them.  It was their deduction that the size of the zucchini they received was a direct reflection of how they were doing in the class.  Even though the zucchini had nothing at all to do with their individual performance, in the absence of any other feedback, the deduction was a natural one.  It was all they had to go on, so they did.

This is what I tell other leaders and managers I have worked with in a number of capacities in Indianapolis staffing.  In the absence of feedback of substance, your employees will make their own assessments on how they are doing based on the most random situations.  It could be in the way that you greet them in the morning or maybe something even more random as how often you talk to one person vs. another.  How about deductions made based on HOW you look at one person vs. another?  This is happening all the time in the workplace.

I had the opportunity to participate in my own performance review last week with my boss where he dedicated a full afternoon to the task.  Makes you wonder what I did wrong to deserve that much time, right?  The truth is that this was an opportunity to really dive deep over happenings of the past year and review the good, bad and ugly from both of our perspectives.  Instead of a one-sided performance review where I sit and listen (or read) about his opinion about how the past 12 months went, it was a dialog where we ended up with a stronger commitment to the future at the end.  I did not leave confused about where I stood or how my performance was viewed in his eyes.  I knew exactly what my impact had been in the organization and he knew exactly how I viewed my performance as well.

We had the chance to agree, to debate and to learn from each others perspectives.  This was much more than a zucchini.  The result?  My dedication to the company is solidified and propels me into year #2 energized and enthusiastic with clarity around where I came from and where I am going.  ROI from your human capital investments (which, by the way, are the largest investments on your P/L if you have not noticed) go through the roof when you engage your employees along the journey and you actually TELL them now and again how they are doing.

The best part?  This does not really have to be a complicated, overwhelming experience.  Don’t sanitize it too much in our current litigious society.  At the very least, take a minute now and then to thank your employees for something specific they have done or to provide constructive feedback when things are not going quite as planned.  You will not regret it and you will save the time and aggravation of having to sort out a misunderstanding over zucchini.

From Candidate to Client