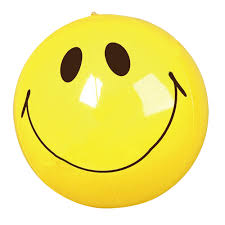 Is Shy Bladder Syndrome a Disability?: Does being unable to pee on cue qualify as a disability?  That question came up recently in an informal opinion letter from Peggy Mastroianni, a lawyer with the EEOC. And, apparently, the answer could be “yes.” (hrmorning.com)

SHRM’s update on the Health Reform’s Long-Term Care Program: On Oct. 14, 2011, the U.S. Department of Health and Human Services (HHS) announced in a letter to Congress that the 2010 health care reform law’s program to provide long-term care insurance through the workplace was unworkable and would not be implemented. (SHRM.org)

Do Flexible work strategies work for employers with a nonexempt workforce? Hourly and nonexempt workers – already traditionally lower paid – tend to have additional constraints placed upon them without the aid of flexibility to balance their responsibilities. (benefitnews)

Expressions of Compassion for your Downsized friends…: I was in a Hallmark store looking for a sympathy card recently and you’ll never guess what I found. For $3.49 you can now send an "I’m sorry you lost your job" card. (fistfuloftalent)

What’s in a Title? Not enough to make you a Leader...  You earn followership based on your own ability to contribute value to the process, people and performance. (passiononpurposeblog.com)

Death and Taxes – a Visual exercise: Data is not useful until it becomes information, and that’s because data is hard for human beings to digest. This has a very cool graphic called “Death and Taxes” that you should take a look at. (Seth Godin)

YouTube Insult Generator Makes it so much easier to be Mean: Some YouTube commenters have turned rudeness into an art form, and a new “search engine for insults” lets you easily harvest the fruits of their ludicrous invective. (wired.com)

Too many workers leaving 401k matching dollars on the table: Financial Industry Regulatory Authority, Inc. this week issued an investor alert urging the roughly 30% of American workers who are not contributing enough to their 401(k) plans to receive a full employer match to step up their contributions in order to meet their eventual retirement needs.(benefitnews)

Bye Bye Baby Boomers? Not so Fast: The long-awaited retirement of the hordes of 76 million baby boomers born between 1945 and 1964 has begun.  But some employees aren’t ready to say goodbye to their cubicles or labs, and some companies don’t want to lose valuable employees. (management.fortune.cnn.com)

Protect Your Nest. Criminal’ penguin caught on film: The team, filming for the documentary Frozen Planet, spent four months with the penguin colony on Ross Island, Antarctica. The footage they captured shows a male penguin stealing stones from its neighbour’s nest. (bbc.co.uk)